I work in Shenzhen Soongon Technology Co., LTD at present , which was set up in 2012. It is a national high and new technology enterprise which has abundant experience of developing , producting and selling 3D printer machines and its brand is MakerPi.

March 26th in 2020, our company’s supplier, Mr.Zhao, who introduced a customer, the customer requests delivering two hundreds customized 3D printers in ten days. At first, I was very suspicious to the reality of the order, I thought probably no factory can do it in this industry. And that I was also suspicious whether the order form of two hundreds machines true or not.Without finding out clearly about the two points, I was not particularly willing to make offers. But the introducer, manager Zhao, who had emphasized the reliability of the order form again and again. So we evaluated the demands of the customer, and then quoted price, and we sent the pictures of our present products to the customer. Customer put forward to come to vertify the factory in Saturday.

On March 28th, the customer, Mr Zhou, who came to factory to do the audit, I with my  R & D colleagues cooperated to the customer who came to factory to do the audit. Customer looked our production workshop, testing workshop, all kinds of productive record charts, machine’s drawing papers.he hoped we can consign fifty machines on April 5th and one hundred and fifty machines on April 10th. I communicated with Mr Zhou at that time and hoped could take the date of delivering extend to April 20th. Mr Zhou bargained on the machines’s not pretty appearance and the ugly structure grounds. I called to boss,he meant restarted to account the cost. Through this customer auditing the factory, I judged customer Mr Zhou had the demand of buying. The date of delivering was so tightly, l reported the whole condition about communicating with customer to my boss. My boss thought if we can make a pretty machine, customer wouldn't cared about the price too much.And then arranged five engineers to draw five new drawing papers in a whole weekend, picking out the most beautiful machine’s drawing paper from them, letting me anew communicate with Mr Zhou about the price of buying. 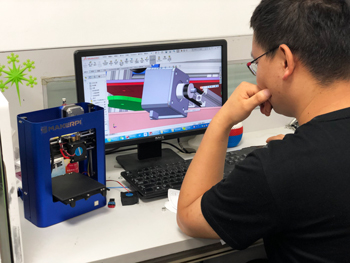 On March 30th ,the key point of communicating was sill on price,but distant the date of delivering 5th as Mr Zhou have requested was only seven days，I communicated with Mr Zhou,if couldn't certain the order today,the date of delivering would be extended.At this time ,Mr Zhou let me directly communicated with the these machines’s buyer.I finally made a deal with buyer at the same day,the order was one hundred and fifty machines,delivring fifty machines on April 5th,and then equipped twenty machines every day，up to April 15th delivered one hundred and fifty machines in all.If machines were assemble and basically without problems about printing could be delivered,if had problems,arranged people to debug on the spot. All materials would complete arrived in three or five days,equipped machines and debuged in one day,packed and delivered on the same day.But plan was only plan,many problems had appeared in executing actually.The first problem we had met was the customer’s money can't into our account in time,after communicating with customer,he paid the earnest of ten thousand of dollars by using Alipay.

Purchasing materials required to be finished in three or five days, It was a trial, no matter to our company or to supplier, them quoted price, we wouldn't bargain. However, some suppliers still say that the delivery time is too short to be completed. This process is an extreme test of our overall control of suppliers.

It was so quickly arriving April 3th, as planned,most of materials should had arrived this day,and started to assemble,but in fact, it was difficult to push on working as scheduled trajectory.In the morning of April 4th,some materials lacked of or didn't been bought. It was mess same day，like taking a battle. After examined,once the supplied materials had problems ,would been sent back to process. As machines were newly designed,the SOP was not perfect,there are only serval printed drawing papers. The wires were made just now ,found the wires had no stickers when using,the went to electronic city to buy stickers，during that days,we went to electronic city many times. Moreover, due to the urgent delivery date, more temporary workers were assigned, two shifts were arranged, and work in total 24 hours a day.

At the afternoon of April 4th more than 4:00pm, the condition arised likes some machines appeared white screen after working for a period time. After communicating with the touch screens’ supplier, the supplier informed us that the transmit distance of touch screen driver chips should within two hundred mm. When we designed the machine, customer required to put the screen to the upper and a main board to the machine’s bottom, according to the current plan, the distance between a main board and screen was far more than two hundred mm. After problem had arised, I communicated with customer, hoped to extend the date of delivering the goods. The customer’s attitude was so firmly, said we had signed a contract, must according to the contract to execute, ask us solve the problem well. I was inner discontent,but incapable of action, only trid to talk with boss and R & D colleagues about the solution.After R & D colleagues discussing, they put forward two solusions, one was to add magnetic rings, reducing interfere; another was to make other eletric wires away from touch screen’s FFC cables. Two solusions tested at the same time. In the evening later than 6:00pm, white screen appeared again. I was anxious,asked the touch screen’s supplier whether can change the chips which can transmit farther or not. The suppliers said yes, but probaly there was not enough time to have goods out before 5th. It only to be regarded as the alternative solusion. We developed another solution, through the firm-code to test the inside data normal or not, if the data was out of order, we would force to restorate. At 10:00pm in that evening, all machines were brushed new firmware. Until half past twelve in that evening, the white screen problem didn't appeared any more, the problem was solved. I showed video about the running state of machines to customer, he was so satisfied, looked forward to receive machines.

On April 5th, fifty machines had been finished on time. But after debugging, some machines existed problem, we decided to assemble more machines, the machines which had problem would been solved later, we should make sure fifty machines been delivered. At nine o’clock in the evening, began to pack, we found we didn't prepare the Acrylic screws at 11:00pm in the evening, because when we tested, the machines didn't been equipped with Acrylic panels. I searched for the nearby hardware store from the map, but I didn't buy the screws, I only can tell customer not to equip the Acrylic panels temporary. When delivered The second batch of machines on 15th, we made up on the screws. At 4:00am, we found the stretch films were not enough. My colleagues said the another warehouse had abundant stretch films, it was too late at night, I couldn't contact with godown keeper, so asked other colleagues find godown keeper to take the key and send the stretch films to here to pack and deliver. At 6:00am, fifty machines all were packed, we entrucked and delivered goods. I sent a video about lorry loading to customer, reminded he to prepare forklift when discharged cargo. I continuously bustled about a few days and nights, the first batch goods were sent out, my heart relaxed much.

Although experienced many twists and turns this time, I still harvested much. Completing one OEM order in 16 days, it was a nimaginable thing at before, such one order, usually needed serval months to complete, but we almost went through the all processes. Our suppliers came to deliver materials, praising us about our particularly quick speed.

Later, I also thought about the reasons why this order can be successful. First, the customer’s demands were easy to our company, although he demanded us to do new functions, but we can grasp to do.

Second, customer coordinated smoothly, before cooperation, he made a request to need our staffs to go over to guide installation and debugging, but after the first batch machines arrived, we guided long-range through video call, all problems were solved. To customer, we had intense responsibility, did what we promised, helped customer delivered goods on time, won customers’s trust with our profession. 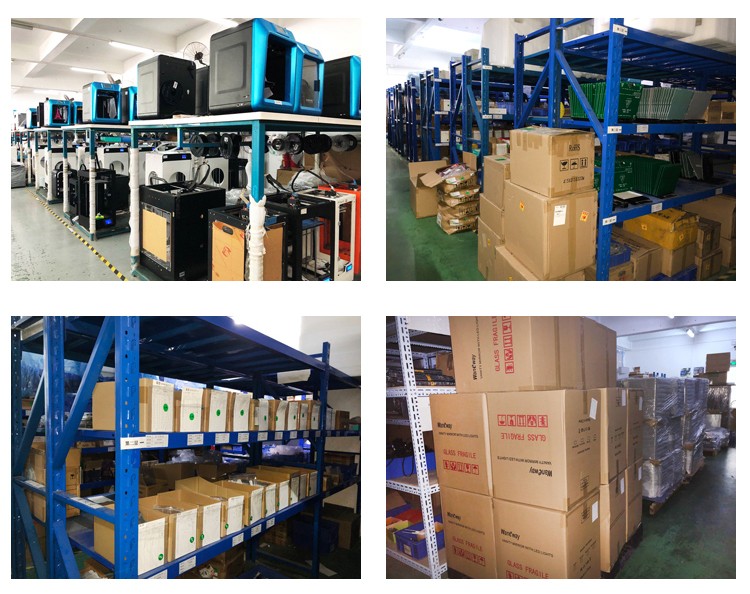